qualify as an instructor

CREATING BALANCE IN THE BODY

Using the principles of contrology as taught by Joseph Pilates

WHO CAN BENEFIT FROM THE PILATES METHOD OF BODY CONDITIONING?

Train in the art of pure, classical Pilates. This comprehensive course will guide you through defined levels of training to ensure authentic, complete Pilates education. Learn to teach Classical Pilates as taught by Joseph Pilates, at one of the most highly respected Classical Pilates studios in South Africa. The course offers three integrated, progressive levels of tuition: Beginner, Intermediate and Advanced. 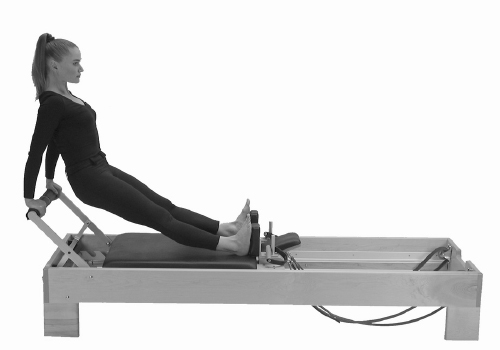 Having been a professional ballet dancer she has dedicated many years to gaining the awareness and control of her body; principles that form the basis of Pilates. Natasha has spent her life in pursuit of physical challenges and longevity. The personal insights and experience gained during a lifetime as a dancer, Pilate’s practitioner and trainer, give her an excellent understanding of the workings of the body, especially as it relates to movement. 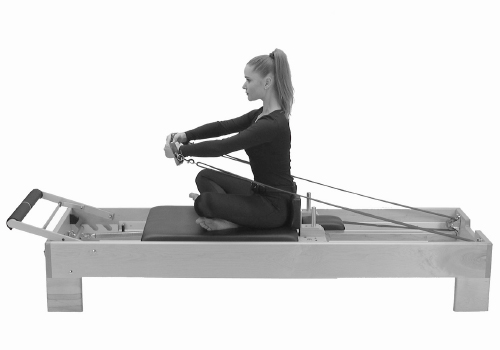 Offering one on one personalised sessions, customized to suit your own individual physical needs. Your programme will include utilising all the pilates equipment including reformer, cadillac, chair, jump board and more.

Semi-private sessions also offered for those who wish to duet. All trainers are highly qualified and certified.

Natasha Madel spends her life in pursuit of physical challenges and longevity.

At an early she started dance classes and by the age of fifteen was already dancing lead roles in the Johannesburg Youth Ballet and had travelled as far afield as London and Scotland as a member of the American San Jose Youth Ballet. In spite of these commitments, she achieved Highly Commended or Honors for all her Ceccheti examinations. A great achievement, as experienced dancers tended to shun these examinations. She also completed examinations in modern, national and Greek dancing, achieving excellent results. Elected head prefect in her final year at the Johannesburg Art Ballet Drama School, she matriculated with honors and several distinctions.

Natasha then accepted a position with PACT (Performing Arts ....), South Africa, and danced with the company for two years. She began as a member of the corps de ballet and progressed to a senior dancer in the corps in the space of a few short months. Thereafter her desire to travel could not be contained and she left South Africa for the United Kingdom.

It was in London’s Pineapple Studio, in 1990, that Natasha was first exposed to the Pilates Method. She trained with Romana Kryzanowska and in 2000, was certified as a 2nd Generation international trainer. The next few years were spent, amongst other things, as an entertainer aboard luxury liners, a personal trainer in Johannesburg and training to become one of only 50 master Gyrotonics teachers in the world who studied with Gyrotonics founder Juliu Horvath.

Natasha eventually returned to South Africa to open her own studio in Johannesburg to teach the ‘pure’ method of Pilates. She continues manage The Pilates Studio, an extremely busy and successful studio, instructing and certifying 3rd generation trainers and offering a range of post certification courses.

WHAT MAKES THE PILATES METHOD DIFFERENT?

The major difference between Pilates and other forms of exercise and rehabilitation is that Pilates requires more precise movements and proper body control and form. Because the mind is required to engage with the body to perform the movements correctly, one experiences a new awareness of muscle function and control. The emphasis is on the powerhouse/abdomen, lower back and buttocks. Once the powerhouse is supported and strengthened, the rest of the body can move more freely. Another advantage is that muscles can be strengthened both concentrically and eccentrically. This helps to ensure optimal agonist and antagonist muscle action, reducing the risk of injury and ensuring maximum functionality.

When the mobilizers and the stabilizers work together in the body, the body is balanced. All the different muscle groups work in synergy and joints are held in their most favorable position. One can see this in a person with a perfect posture. When such a person moves, with good muscle recruitment and the stabilizers working correctly, there is minimal wear and tear on their joints and the body is in perfect harmony.

On the other hand with bad posture the stabilizers stop working and the mobilizers take on a stabilizing role. What you then end up with is the wrong muscles doing the wrong jobs, substituting and cheating to get  movement – eventually leading to pain and injuries.

Pilates exercises however concentrate on strengthening the stabilizers and restoring the balance in the body. Pilates also provides a greater focus and understanding of positioning of the body during exercise. Certain muscle groups are isolated – so no unnecessary energy is expended. In this way maximum performance is being achieved through focused effort on specific muscles. Weak muscles are strengthened and bulky muscles are elongated. The Pilates Method trains all of the muscles of the body to gain strength in the manner they are designed to perform. Everyone’s body has certain weaknesses inherent to that individual. A particularly useful feature of the Pilates Method is that it will make those places that need more work obvious. In turn, specific workouts can be designed to target imbalances and weaknesses specific to one’s body

WHAT ARE THE BENEFITS OF PILATES?

WHAT ARE THE HEALTH BENEFITS?

WHAT PILATES IS NOT

Joseph Pilates encouraged a long, straight spine supported by the girdle of abdominal strength he called the ‘power house’. Today Pilates instructors have expanded this to include the entire inner unit of core control, including pelvic floor, transvers abdominus and gluteals.